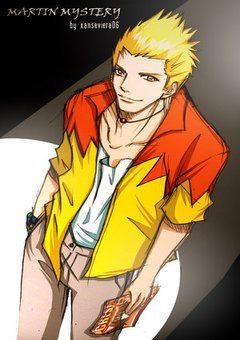 Plot Summary: The series re-imagines the comic books' main characters Martin Mystery and Diana Lombard as teenagers protagonists, attending Torrington Academy,[1] a high school located in the city of Sherbrooke, Quebec.[3] They work for a secret organization known as "The Center," which covertly protects the people of Earth from supernatural threats and investigates the unknown and the paranormal. Their allies at The Center include Billy, a small, green-skinned alien who is one of Martin's best friends, and Java, a caveman from 200,000 years ago, who works as a janitor at Torrington Academy and is the arm of the group. Martin's vast knowledge of the supernatural and his remarkable intuition make him a valued agent of The Center, and compensate for his huge ego and his clumsy attitude. Diana resents these flaws at times, as Martin often does not seem to understand the seriousness of his missions, but generally respects him, and loves him and his way of being himself without compromises.