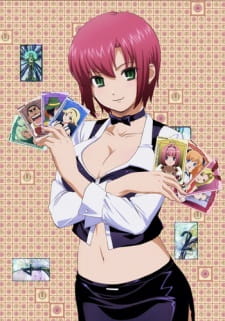 Plot Summary: The "Howard Resort Hotel" is an entertainment destination where people gather from around the world to grab huge fortunes. In the casino is a beautiful female dealer named Rio Rollins, known far and wide as the "Goddess of Victory". In order to approach closer to her mother, one of history's greatest dealers, she does battle to gather up the legendary cards called "gates". Those who gather all 13 gate cards are presented with the title MVCD (Most Valuable Casino Dealer), proof that they are a top dealer. Set in a vast resort, an exciting battle begins with rival dealers that'll take your breath away! Throw in some "supreme comedy" and a story that makes you cry when you least expect it, these cute and sexy girls will explode off your screen! With everyone's cheer of "Leave it to Rio!", Lady Luck'll be with you, too!