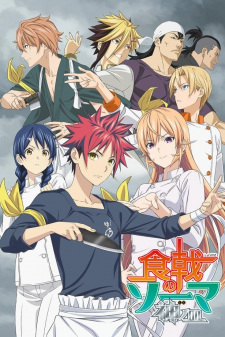 Plot Summary: At Tootsuki Culinary Academy, a heated eight-on-eight Shokugeki known as the Régiment de Cuisine rages on between Central and the rebel forces led by Souma Yukihira and Erina Nakiri. Though they won a stunning perfect victory in the first bout, the rebels face an uphill battle ahead, as they must now face off against the rest of the Elite Ten Council. With the future of Tootsuki at stake, Souma and Erina must push far beyond the limits of their abilities, using everything they learned from their mentors and ultimately drawing from their experiences cooking together as friends.